Quality issues on Sky Sports - some kind of patterned overlay?

I recently purchased the sky sports pass with Boost, and I am using a NowTV Stick. The quality was a little below my expectations considering it's 1080p 50fps (it looks noticeably worse than BT and Amazon).

Upon a little investigation I noticed that it wasn't a problem with the sharpness, but rather that there was a subtle pattern overlay/watermark on the picture that was making it look patchy and artefacted.

I then noticed that when I pause and unpause, the overlay can be seen clearly (it then fades after a few seconds, but not completely).

This picture shows what I mean (towards the bottom half): 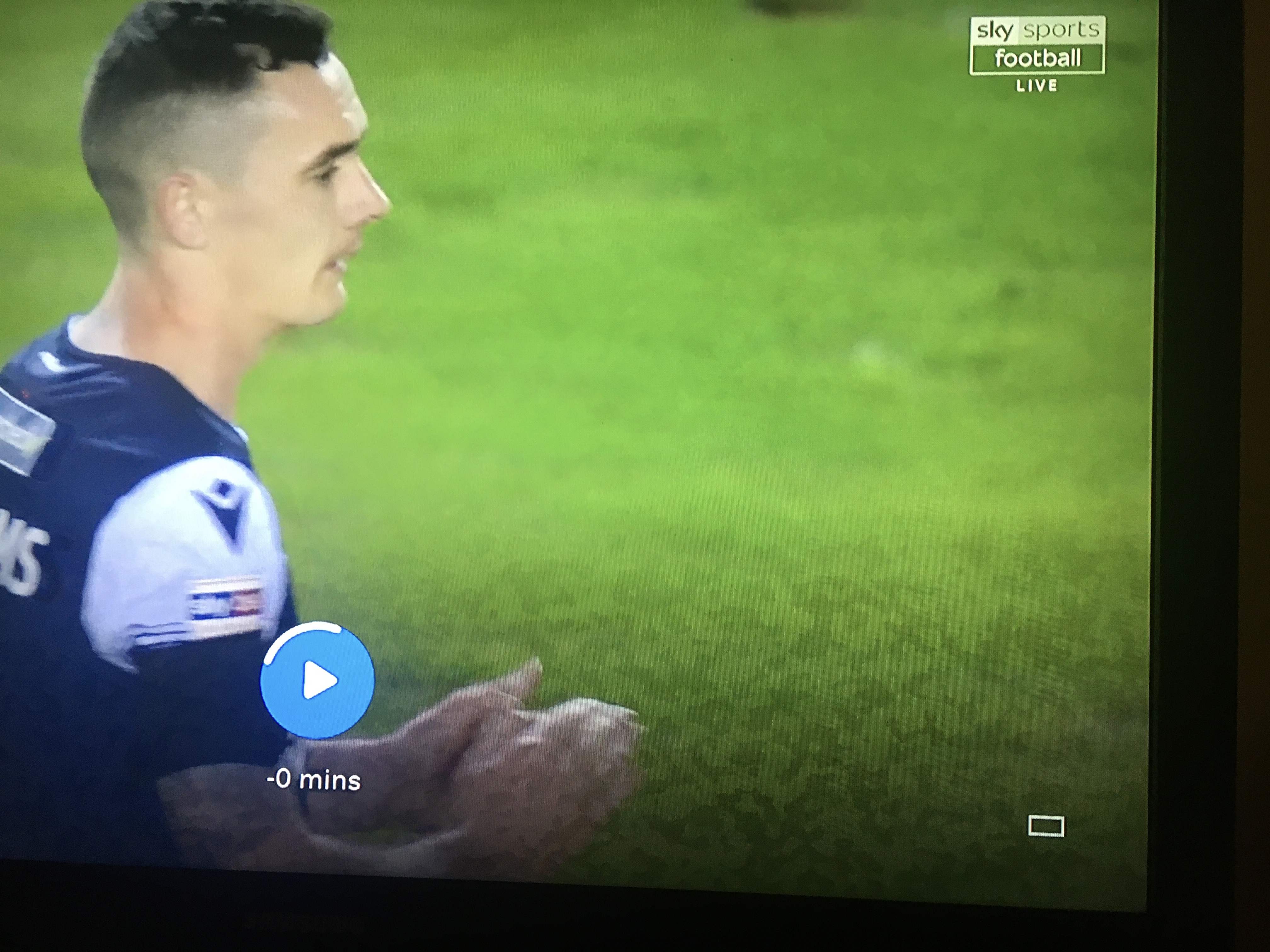 It seems to happen on all the football channels, I checked Netball out of curiosity and it didn't happen there. It also doesn't happen when I stream from the NowTV app. I know its not my TV as I stream plenty of other stuff without this.

Is this pattern familiar to you guys? Is it some kind of anti-piracy measure? I would understand if that was the case but it's visibly affecting my streaming quality. Even the 720p feed casting from the iPhone app would be superior to what I've currently got if the framerate weren't so poor.

Anything I can try?

Anonymous User
Not applicable
In response to gavs82008

THEY CAN DO NOTHING

Can confirm i'm still getting the patterned overlay. There was even a major update to the roku/nowtv software at some point recently but the issue remains.

Have spent months going back and forth with customer services via email, but they barely even acknowledge the specific issue and suggest I make sure i have enough bandwith (which I do).  Have also raised it twice on twitter, providing examples when requested bu then received no response.

I advise others who have the issue to tweet them and basically pester them until they finally devote resources to investigating and sorting it.

it's a shame to have to watch a big game like liv v man city with a poor quality stream.

to clarify i am not talking about the 'breaking up of reception' like one of the previous posts. i am talking about a specific and obvious patterned overlay.

it's still there over adverts and half time punditry - it's just especially noticable on the green pitch and ruins the quality.

Legend 5
In response to branflakes

What devices are you using?

Do you happen to have an Amazon fire stick?

If your using Now TV stick, then I would fully recommend ditching this in place for a Amazon fire stick. Much more reliable than Now TV sticks.

branflakes
Scholar
In response to gavs82008

hi, thanks for the response. i am indeed using a nowtv fire stick.

i don't have an amazon stick but am tempted. i do regularly have to unplug and replug the nowtv stick for other issues e.g. dodgy audio.

georgemans on page 1 however reported the same issue on an Xbox, so i'm wondering if it's an issue with the nowtv app rather than the hardware, which makes me unsure if an amazon stick would fix it.

Legend 5
In response to branflakes

In all honesty mate I would strongly advise getting an Amazon fire stick.

SweetBlitz
Expert 3
In response to gavs82008

If your using Now TV stick, then I would fully recommend ditching this in place for a Amazon fire stick. Much more reliable than Now TV sticks.

Legend 5
In response to SweetBlitz

The Live pause is only for Now TV devices if I am not mistaken.

Anonymous User
Not applicable
In response to gavs82008

Can you confirm you don't get the patterned overlay when using a FireTV Stick?

I made a thread about this issue over in the Everything Sports section, see thread

I have had multiple back and forth emails with support about this, they have acknowledged the issue and said it would be fixed. It obviously hasn't been so went back to them, reply this time was we can't see a problem. They clearly don't have a clue whats going on.

hi, yes just looked at your thread, looks like we have the same exact issue.

i had the same experience with support as you did.

it's definitely not to do with the software on newer tv's because i have an older tv.

i am not going to purchase a third party product (firestick) just to be able to use NowTV in an acceptable way. i would be tempted if it also had live pause & rewind, but since it doesn't, i'm going to pester nowtv til this is resolved.

When I pause on the Now TV stick I see the blotchy image, but when I play it disappears.

I can’t do it right now, but it would be worthwhile putting some images up.

yes, that blotchy image when pausing is the source of the issue. if you look at the original post of this topic, i have a picture of the pause screen that you describe.

the problem for me & others seems to be that when resuming the content, the blotchy image doesn't fully go away. you can still see it when the football plays, especially on the green pitch, and it ruins the quality of the stream.

it's as though the opacity of that blotchy image is turned down to 5% or something when resuming content instead of fully turning off.

@branflakes
That’s what is see on the screen when paused, but no issue when it plays.  What does it look like when playing?

here's a little video to show it:

you can see it clearest around the halfway line at the top around 0:33. when the camera pans, you can see that there are semi-transparent blobs that stay in the same position. it doesn't show up particularly well on this video but i can assure you that it makes the stream look noticeably poor quality.

@branflakes yes, I see it.  Not noticed that on either of my TVs.  Will take a closer look tonight.

Anonymous User
Not applicable
In response to SweetBlitz

Agreed, we shouldn't have to purchase a 3rd party stick to avoid the issue but i would be tempted if it did cure the problem. I am going to check my Samsung TV again tonight see if the problem shows up direct through the app on that.

SweetBlitz's reply makes me wonder if this is an issue on every NowTV stream no matter the device or TV used. Various factors seem to make it more or less noticable but there non the less. Maybe the vast majority of people haven't noticed it or aren't bothered by it.

I shall be kicking off my complaint again.

Not an a issue on playback for me with now stick & Panasonic tv.  Here are my images.

the blocky screen when I rewind/fast forward, but it only appears for a short time

Saint1976
Elite 3
In response to branflakes

@branflakes while I appreciate this doesn't help you, my stream is absolutely crystal clear.

So then you have to ask the question, if others don't have the problem, and NowTV can't see a problem with their equipment, what's different about the equipment or location of the few people that are reporting it?

I'll hazard a guess that it's a compression artifact or your TVs software. Someone in another thread says he sees that when his stick is used on his 4k TV but when he moves the stick to an older non smart TV, the effect disappears.

branflakes
Scholar
In response to Saint1976

thanks for the helpful response. yes it's very peculiar why it just occurs for select people.

it seems to be related to a deliberate overlay on the pause screen (see the very first post) which then doesn't fully go away when the pause stream goes away.

i am wondering whether it might be my TV which is non-smart and quite old. if i had another tv i would experiment!