Yes, trailer looks good and as you say, lets enjoy the bits we will be able to watch!!!!

I've alway been agaist illegal downloads, as I believe it damages the Film and TV industry, reducing the quantity.

But in this case I'm coming round to it being justified. Why wont anyone from Sky comment on what is going on?

The latest news I have about Batwoman, taken from Geektown Radio, is that Sky cannot get the UK rights, which is now in the hands of an unknown party (possibly Warner Media).

The Batwoman specific portion starts at about 20m 08sec into the pod cast.

I personally suspect that the CW Batwoman series is so bad that no TV network wants to touch it with a barge pole, and there is no way CW/DC/Warner are just going allow the rights to just one episode in the season (S01E09 - Part 2 of Crisis) to be sold off separately.

So I'm guessing it's just business, because no TV company wants a show that cannot keep its target audience, and so loose advertising.  And of course, the company that financed this show want to make a return, and probably a nice profit, on their investment.

Unfortunately, when show producers give creatives free rein you get abominations like that episode of Game of Thrones (S08E03) where some creative decided to coat the entire episode in a brown palette so no one could see what was going on. And of course Batwoman, where every YouTube amateur critic on both sides of the Atlantic are laughing at it for the bad acting and ridiculous scripts.

Anyway, my answer to the forthcoming "Crisis... missing episode problem" is to wait until the DVD comes out, in the meantime watch the 4 out of 5 episodes we will get (if Sky picks up the next season of Legends S05E00 Special Episode - Part 5 of Crisis).

No Crisis ... this time but feast your eyes on Black Widow. 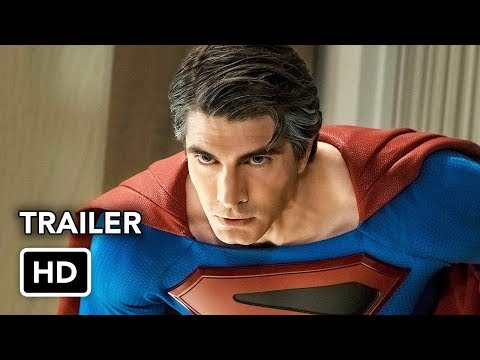 Over at the Sky forums, they're saying we're not even going to get the non-batwoman episodes this month 😕

Anyone got an air date confirmation?

I was shocked when I read your post last night, I just couldn't believe it, but like you I also could not find any mention that Crises ... will be shown in the UK this side of the new year.

I feel we're being short changed.

Yes, I'm wondering if Sky One will make us wait until next year before they show any of the Crisis Event????  Although, maybe it's not that bad waiting to show all available episodes in the same week???  AND, if we do have to wait a bit longer to see any of it, could that extra time bring forward a Christmas Miracle and some news about Batwoman appearing in the UK.....or maybe that's just the Eggnog talking???