am i being stupid here... but I dont believe a word of that.

Fobbing off in the worst possible way.. i.e. from a position of complete ignorance.

There is an Apple TV updated app available and there is NO reason the UK cant have it.  none whatsoever.

AppleTV not being on the radar is utter rubbish and at odds with the response I got on Twitter last week.... "soon".

If Nadine is right... then I would insist that NowTV publicly remove that as a supported platform and stop advertising it as available on the website... because the user experience on AppleTV is not acceptable and trading standards would be interested to hear of that.

I couldn’t agree more and if the nowtv Apple isn’t going to be updated or not on the radar to be update it should be removed from the store. As u say u was told Something different when you asked the question to nowtv on Twitter so some clarity is needed here. Maybe nadine could clarify the position. Here is the response I got from nowtv twitter.

Hello we have no word on this update yet sorry!.

Rob, sorry about misspelling "kidding", I completely missed the "d" and pressed "f" instead, I now hold my head in shame.

Has anyone written to Apple asking why they have not updated their UK Roku app yet, especially as their Italian and Irish apps are up to date and porting them over is not technically difficult.

I don't know Jack about Apple and it's strategic plans, apart from making mountains of money, but I'm guessing that they are pouring all their efforts into boosting their streaming TV channel and probably ignoring everything else.

This is nothing to do with Apple, or their "strategic plans" or "mountains of money"

Apple supply the hardware and the OS, and its up to developers to make apps, and submit apps to the app store.

Such a shame as, in my opinion, the AppleTV box user experience and interface and functionality with the TV app are unparalleled.  Yes slightly more expensive than the other boxes out there but worth every extra penny.

I HATE having to use the Roku based NowTV box but I put up with it as it was £25 and i expect it to be only short term.  The interface is slow and clunky and frankly terrible to use and navigate.  I cannot believe that this is a 'current' gen hardware platform - having just bought it I feel like its a few years old out the box.

I am not being entitled, or childish, or impatient here.... I am simply expecting the NowTV experience to be the same or broadly similar on all the platforms they advertise.  They do not explicitly state that certain platforms are vastly inferior to others.... and certain platforms have huge chunks of missing functionality.

After all.. the AppleTV TVOS app is bang up to date and fully functional... but only in Ireland and Italy - same app...same OS... same everything so why isnt it released in the UK - and why do NowTV's staff seem woefully unequipped to answer the queries we are asking.

I just looked up NowTV on the Ireland App Store....

And it's the SAME version as the UK iOS only one!

Hmmm, see my PDF of it on the App Store.

Now if I download will it work with my UK account is the question, also can I download as it's not that easy being accounts are region locked.

[updated with PDF instead of screenshot]

I agree entirely with what you say I myself have had an Apple 4k box since July 2018 it’s fast slick every app is great and picture upscaling is really good. As you say the nowtv app has been released in Ireland and Italy and nowtv only operate in 3 countries. I don’t know why they have chosen not to update the app here in the UK.  Judging from what Nadine posted before on behalf of nowtv it’s not on the radar so that’s that.

That’s not going to work you would have to make a separate Apple account. Why produce an updated app for Italy and Ireland it’s just basically a joke. 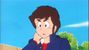 This should come as no surprise to anyone. Do the only thing you can do and vote with your wallet - cancel your subscription. I have.

There's enough on Netflix, Amazon and ATV+ to keep me entertained for a lifetime.

I forgot to add a URL to my post above showing the universal iOS/tvOS app on the Ireland App store.

I am repeating myself but I am still shocked that this appears to be the SAME app as the UK one, same version number.