@Lindzi @Thom77 Yes time flies, happy new year and all that!! I’m ready for more TWD as well - looks like the Roman’s are back (after all, they’ve completely forgotten all that training they did at the beginning of the season and reverting back to running around like headless chickens from episode 2) ... and I’m keeping fingers crossed for General Negan and General Judith to be in charge of the centurians! 🤞

In case you need a recap of 1st half of the season. This is kinda amusing and only 6 mins 🙂 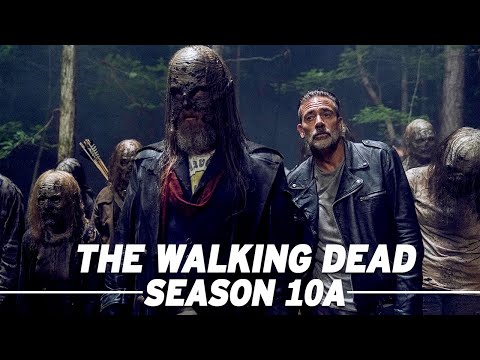 The Walking Dead Full Season 10A Recap!
youtu.be/Y_FtSVOLpoE
What were your favorite moments from the first half?? Listen & subscribe to our official Walking Dead podcast "Talk Dead to Me" here: http://bit.ly/TalkiTune...
2 Thanks
Reply
Highlighted

@Lindzi @Thom77  Excellent, just what I needed! I see they’ve also got a recap of the entire FTWD Seasons 1-4 in 10 minutes - perfect, I don’t need to watch any more of it now, and can probably just about manage 10 minutes! Hopefully they’ll squeeze all future seasons into another 10 minutes! Result! 👍😝 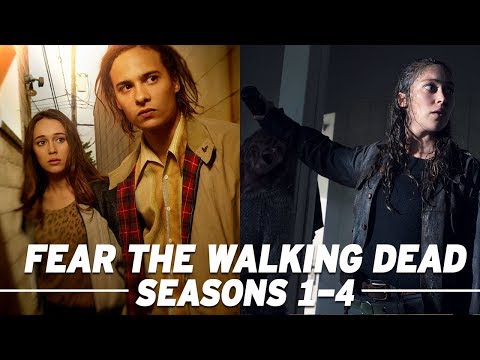 That ftwd recap was better than the actual show! Yeah just watch those instead 🤣

That ftwd recap was better than the actual show! Yeah just watch those instead 🤣

It's like a dagger through the heart........ long live FTWD....... I'll cry myself to sleep tonight on that comment as we wait to watch the slightly inferior TWD🤣

P.S.  it might be right, but still hard to hear after ploughing through all five seasons!!!!

In my defense, it was a pretty good recap though! That You Tube channel also had a bit more on the new Walking Dead show 'World Beyond' and I have high hopes for it, but lets wait and see. Well depending if it is on a channel/streaming service that I have!

I will watch S5 of Fear when it becomes free on Prime so am a hypocrite to be fair.... I like Morgan, so that's my excuse. The main show did the dirty on him though, moving him on to Fear 😔

The World Beyond spin-off will be on Amazon Prime in the next few months and I think You and @Andy  might both be over that.......I probably won't????  BUT don't get two invested in it as it's been announced this spin-off will only go for two seasons!!!!!!

Plenty more Morgan in FTWD season 5..... and Dwight will come on board as well.

Oh I didn't realise that it will be only 2 seasons, you never know though maybe it will do really well and they'll cancel Fear and give the money to the new one 🤔

BTW managed to finish ER at the weekend - 15 seasons over a few months! Total dedication! I am so proud of myself 😂 thanks for letting me know it was on All4!

There was an interesting article on Geektown website the other week about World Beyond spin-off, so check that website and search World Beyond if you want to check it out......just not sure how to add links in here on smartphones??

While All4 still have the rights on ER, just head back and start again from S1???

2 seasons seems a bit short but actually I think they’ve made a sensible move by deciding in advance how many seasons to do, hopefully it means they’ve got a good rounded story with a proper beginning middle and end to tell. I’m fed up of so many shows these days being cancelled after one season just as you’re getting into it. Or the opposite and dragging on long past their sell-by date just because they’re making money.

‘’As much as I like TWD all the talk last year of its could go on for 40 years’, I’m like ...l er I hope not!! Keep it going as long as you’ve got a definite strong story to tell and you know where it’s going ... as soon as you’re just completely making things up as you go along (hello, Lost!) it’s time to call it a day!