I know this has absolutely nothing to do with NowTV etc. but I'm sure there are a few older fans out there that still remember the days when Hi-Fi was king. 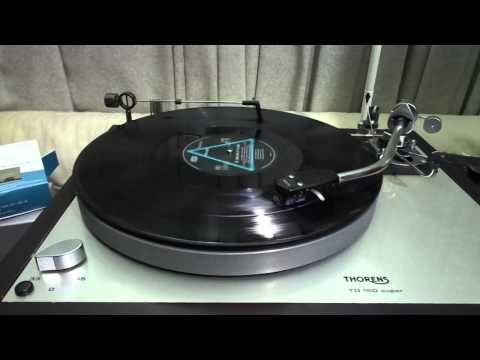 Please take a moment to click thanks or marked as solution if this answered your question. I am a community contributor and pop on when I can.
0 Thanks
Reply

Yes, I remember these stackers, when I was about 5 years old my parents had, what was called at the time, a Radiogram.  It was a standalone piece of furniture with a mono radio, amplifier and one mono speaker. Along with a 4-speed stacker turntable which was mainly there for playing 45 and 78 rpm vinyl records in stacks of between 2 - 8 records. BTW, the 4 speeds were 16 rpm (which was a 10" record, although I only ever saw one in a record shop and they were on the way out then), 45 rpm (7"), 33 rpm ( 12" which was really 33.3 rpm) and 78 rpm (which was made of a slate-type material that was relatively heavy for it's size, easily chipped and always broke when dropped at a height of more than 24").

For me, I used to enjoy watching my parents record player playing those stacked 78 rpm records, especially when one record finished and the machine had to get ready for the next record.  The tone arm would go racing back to it's out-of-the-way position, the next 78 would come crashing down the centre spindle, shaking the whole player in the process, which was on sturdy springs, and finally the tone arm would come racing back, position itself above the record's run-in grove and drop down to start playing the new record.

This process repeated itself until all the records in the stack were played, as a 5 year old I found this all very fascinating.

The following picture, which I borrowed from yours, closely resembles the record player, installed in the radiogram, my parents used to have.  The main difference is that the centre spindle resembles the type that was sold in the US, you see 45 rpm records in the US were sold without centres while in the UK 45's had centres.

This certainly brings back memories.

This is exactly the turntable my parents used to have:

You know, it's been over 50 years since I've seen this type of turntable.

Going down memory lane again, these were the Goodman Hi-Fi speakers I used to have:

My old amplifier and tuner.

Next you will be telling us you have old 78s 😋 @ukbobboy
Please take a moment to click thanks or marked as solution if this answered your question. I am a community contributor and pop on when I can.
0 Thanks
Reply