Thanks to E4 I just had to give up and watch Crisis on Infinite Earths without Part 2, which made Part 3 the most confusing TV show episode I've ever seen. This is going to happen with Arrowverse crossovers every year now, since E4 can't be bothered showing Batwoman at the same time as the other shows on Sky One. Crisis on Infinite Earths Part 2 will make absolutely no sense to E4 viewers that haven't watched the other Arrowverse shows and the rest of the crossover.

If you check this thread, you'll see that this "confusion" you're experiencing over Crisis... was predicted and the only way to become unconfused is to buy the BluRay/DVD when it comes out around Christmas.

Mind you, there is a forum member that's got VPN and has been able to keep up with US shows the we in the UK haven't seen yet, that may be a way forward for you.

I've been following the thread for a while and unfortunately I'm familiar with how poorly UK free-to-air channels often handle US shows. It was the reason I was hoping Batwoman would be on Sky One before it was confirmed that E4 had the rights. I'll watch Crisis part 2 when E4 get around to showing it. When it's out on DVD/Blu-ray I'll rewatch it in the intended order.

Been reading some stories lately that Channel 4 have big money worries due to Covid-19 killing off the money they make/need from advertising, so future programme purchasing may be an issue for them?????  Maybe if they haven't already got the option on Batwoman season two and season one doesn't do it for them ratings wise (keep wondering when the 9pm Sunday night episode will go to midnight??) they might not bother with season two and Sky One could swoop in and pick it up?? 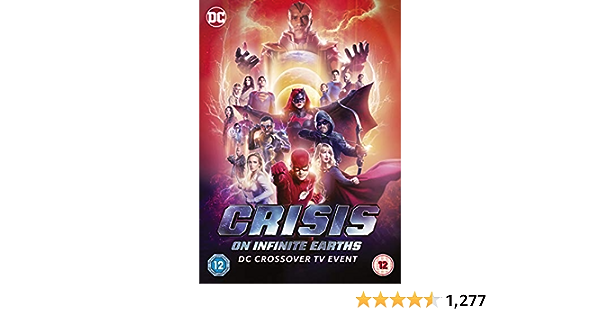 Hi Thom, thanks for that bit of info.  I am definitely going to order the DVD because it's the only way I'll see Crisis... the way it was meant to be seen, plus I am overjoyed I don't have to wait until Christmas.

Guys, there is no doubt that we as viewers have been badly treated this year and, quite frankly, it should never happen again.  Something the program buyers at Sky/Now TV should bear in mind for the future.

Anyway, another piece of news I picked up, Supergirl's current season is likely to be cut short from it's planned 23 episodes to only 19 or 20. As you can guess, Corona has played and big part in this "shortening" event but also the Supergirl  actress, Melissa Benoist, is having a baby.  I believe CW is using the extended break to give Ms Benoist some extra time to rest and recuperate.

As far as I'm aware, Flash is still doing 22 or 23 episodes for it's current season but as for the others, Batwoman and Legends, it is not yet known how their end of seasons are going to play out.

Stargirl, a new CW series, is starting in May, don't know yet if Sky will pick it up, and Superman and Lois is believed to have been pushed back from it's originally planned start date in October.

That's all for now, later.

I'm guessing that DVD is being rushed out as they all know the UK has had a raw deal with the crossover this season.

I think Stargirl is a show I'd like to see... hopefully Sky One if they want it, don't think E4 will nick this one as they probably can't afford it right now??

I though Tom Welling was guesting on the Crossover? Didn’t see him?

I think he appeared in the Batwoman crossover part and the UK haven't seen that part yet..... you'll see him once E4 show it.

Yeah, he has a scene in Batwoman. Great episode, luckily was out of the country over Christmas and got to watch them all in order. Worth checking out Ep2 when it comes out on E4.

Also worth checking out Black Lightning on Netflix, isn't part of the crossover but has a good lead in episode and now part of the world.

Yeah, guess you're right because it would be silly to hold off on releasing Crisis... especially as most film studios' cash flow are now hurting.

Here a picture of Tom Welling as he appears in the Batwoman episode of Crisis...

Although Black Lightning in not officially part of Crisis..., I understand that S03E09 of BL is very Crisis heavy.

Now that BL is part of the CW world (Arrowverse doesn't seem right anymore) I hope that there will be an all girl crossover in the future, featuring Supergirl, XS, Thunder, Lightning and Batwoman.