Do you think from all these Crisis trailers and sneak peeks we could cut-and-paste all the Batwoman action to make our missing episode??????????

So I guess Nawww!

Remember, CW/DC/WB are still gonna wanna make money from Batwoman and so will be careful not to give away "stitchable chunks".

Still, I'm hoping against hope that soon the "powers that be" will release Crisis .... as a DVD/Blue Ray boxset, which is the only way we will see the complete saga on this side of the Atlantic.

Yep, good idea, as soon as those Crisis Eps have finished showing in the US, get the factories working on a quick to market 5-episode DVD/Blu Ray special!!!!

You know, TV watching shouldn't be so complicated😩

You said, "TV watching shouldn't be so complicated", I couldn't agree more but now we do have more choice then we ever did back in the day.  And for this bounty we now have we have to pay with complication.

Still, it is a price worth paying and I can still chill to my sounds:

Check this out PP

CW are going to launch Stargirl in early 2020, but whether Sky/Now TV are going to pick it up is another question. 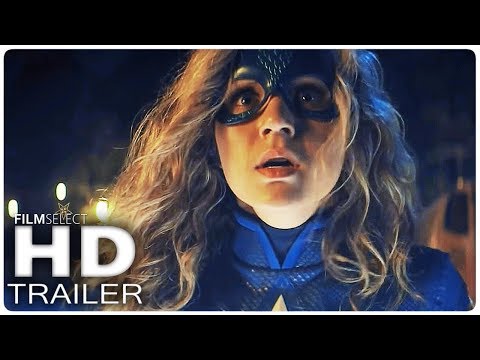 Considering the whole Batwoman debacle, you've got to wonder if Sky would be keen to give any more big cheques to Warner Media for new CW Shows......let's hope so, but maybe they'll start thinking twice in the future????

Oh wow, another show to keep up with! I would expect Sky to pick it up.

As for Crisis, I don't know who forces Sky to broadcast so late but by the morning my youtube recommendations are so full of clips from the show I feel like I've already seen the whole thing! Totally given up on avoiding spoilers 😂

In reply to your posts, I just want to clear some thoughts bouncing around my ancient noggin':

You know, I can't really blame Sky for passing on Batwoman because if it's as bad as everyone is saying then Sky/Now TV would loose money if they had picked it up.

Personally, I blame CW for making a show that was doomed from the start, especially as there are some very recent, similar themed, failures they should have learned from.

At this stage of the game, I still don't know when Sky/Now TV plans to stream Crisis... and I believe the US are now half way through the saga already and, so far, we've just got nada.

As for the clips, trailers and teasers I've stopped watching them simply because they now depress me and, I further feel, we are unnecessarily missing out.

As for Stargirl, like you I hope Sky/Now TV picks it up when it becomes available

Listening to some tunes and sipping on a smirnoff.

Yeah, I don't watch trailers etc, I've lost a lot of hype for the show.

I was trying to avoid spreading explicit spoilers (ha!) for the cameo so...

Lucifer (adore that show and Constantine)

When is supergirl st-episode 9 being released in the uk